Below you will find exploded diagrams of the Somerton Tall spare parts, this stove was available between November 2016 and March 2019.

There are 2 different brick sets that were used in this stove (The V1 brick set was never used in the Somerton Tall) please see more information below:

V2 Brick Set : You can distinguish this brick set from the others used in this stove by there being 1 rear brick below the tertiary air bar, the baffle then sits on the air bar and there is an inner baffle that sits above that. This was available in stoves purchased between March 2014 - September 2018

V3 Brick Set : You can distinguish this brick set from the others used in this stove as there is no tertiary air bar, there are holes in the rear brick instead of this bar being fitted. This was available in stoves from September 2018 onwards.

There are multiple images and you can use the buttons at the top to switch between them.

When you have found the correct part, click on the corresponding number and you will be taken to the part page where you can add the item to your cart.

There is also a full listing of all the parts below the diagrams. 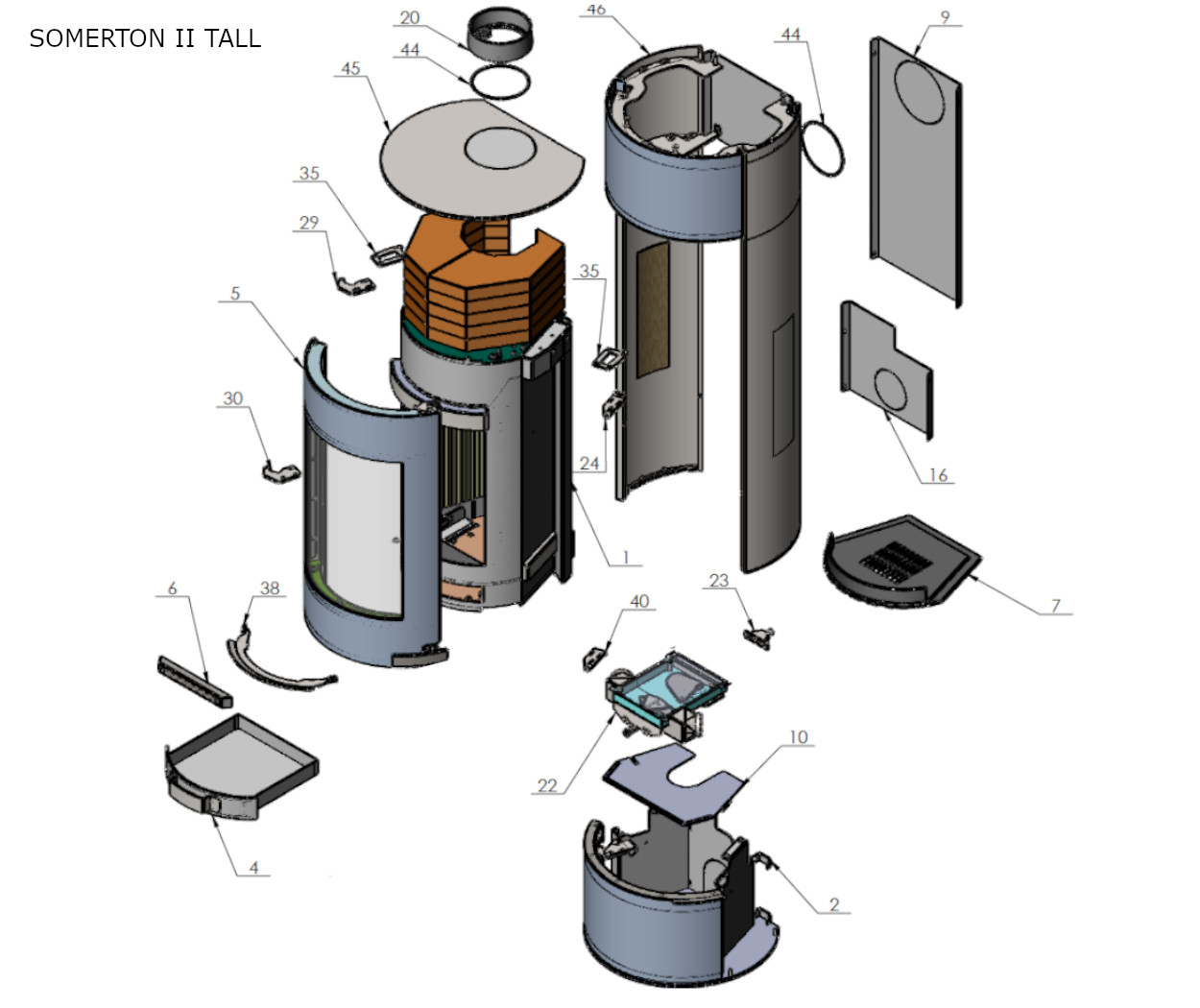